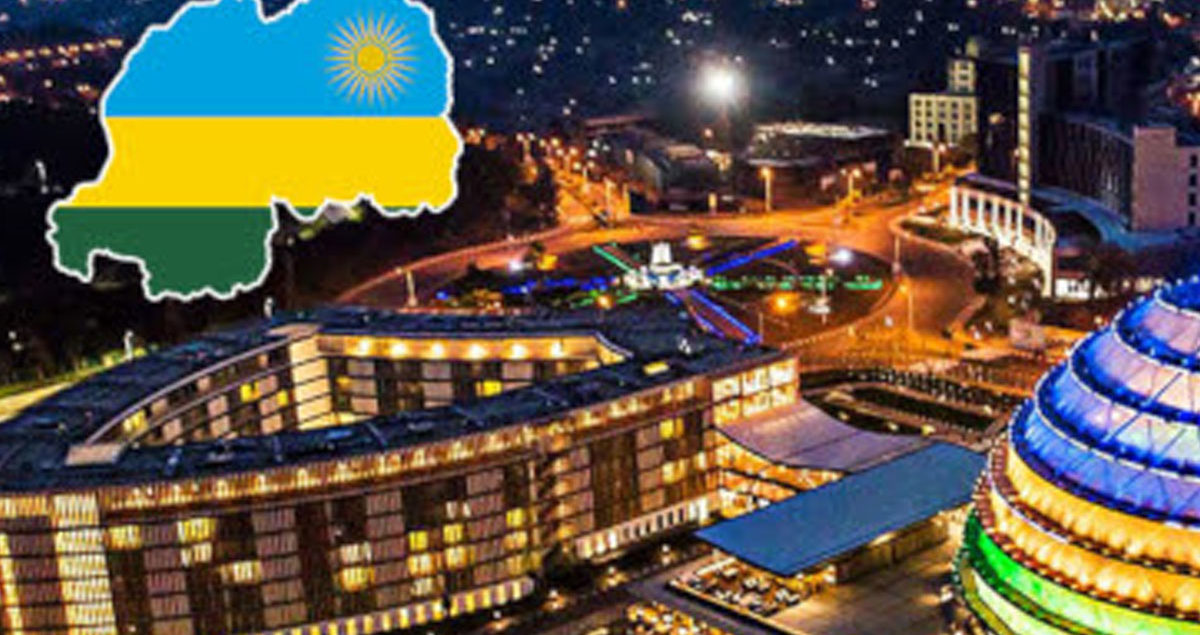 Rwanda has changed beyond all recognition since I first went there in 1999. In recent years it has experienced quite extraordinary economic success and benefitted from a great deal of investment, especially within the capital itself. Some in the west are suggesting it is becoming the new Singapore of Africa! Yet East Africa as a whole is living through troubled and turbulent times politically.

So where are the Christian voices that are willing to call for servant national leaders, to refuse the politics of division, to speak for the refugees and marginalised in society, to encourage fellow Christians to be united in prayer for their country and in affirming their identity in God, and to speak against injustice and abuse against women? My friend, Pastor Joseph Nyamutera has commented that it is time for those voices to be heard. In his own words: “Recently we have seen relations between countries deteriorating and causing a lot of problems. Our experiences put us in the forefront, as reconcilers who can also tackle the trans-national division and tensions. I have had a dream for some years to bring together people from our sister reconciliation groups in various nations to Kigali, and come up with a new album of songs in Swahili, English and French which can reach out across our nations.”

This is a certainly a unique project. Around 30 of us will arrive in Kigali, Rwanda in just a few days time and we will all be hosted by Rabagirana Ministries at their base in Masaka. For me, it will be rather special as there will be people from at least 4 different groups I have previously worked with; from Kenya, Burundi, Rwanda and also Cote d’Ivoire. As if that were not unusual enough, we have also been able to invite and provide travel expenses for Amos from Zimbabwe, and Pholoso and Caiphus from South Africa to join us. Many thanks to those who contributed towards making that happen. I have known these three young men for a long time now but in a very different context, so it will be fascinating to see them connect with others who have experienced HWEC, written songs, made albums and worshipped & prayed together! There will also be those who are new to me; a group from DRC, someone from Uganda, and two from Ethiopia.

Joseph & Louange have set the bar high; the songwriters WhatsApp group has been chattering away for weeks already and there are already something like 20 songs written; many with demos.

Work starts on the backing tracks this week. A documentary is also planned, and there will eventually be videos to go with some of the songs. I am not absolutely clear what my role in all this will be; perhaps to cheer the younger generation along from the sidelines? Part of me thinks that could be a very worthwhile and appropriate thing to do, but I would also quite like the chance to work on the tracks with them and see if we can achieve something really special as a partnership. Do please pray for me though. Nearly all the group are less than half my age and will doubtless have tons of energy and aptitude – I shall be running just to catch up no doubt!!

AGIR-CI and ‘EDV’ – the vision grows in Cote d’Ivoire!

I found out only this week that AGIR-CI and the group ‘Espoir de Vie’ did 3 presentations at an Assemblies of God conference recently at which more than 10,000 people were present.

Mamadou wrote to say that the impact was powerful; he seemed really encouraged. Local government officials were present and publicly thanked AGIR-Ci and ‘Espoir de Vie’ for their contributions through the healing workshops and the worship.

The whole experience seems to have raised their profile in the nation quite a bit and I think EDV have been a bit overwhelmed at how God has used them so far. But that is wonderful, of course. Praise God!
Here is Madame Somplei giving her testimony…

Joel & Emily moved house this year; the whole process took time but in the end went very well. They now live in Marple, which is on the outskirts of Manchester quite close to the Peak District. The house needed a lot of work initially but now looks lovely; the locality is really very pleasant indeed. Both Faith and Tess have settled in well. Faith is now 3 yrs, and Tess had her 1st birthday just recently and is nearly walking! Nathan moved back home for a short while after 3 years of house-sharing in London with friends. He planned to move back to Oxford in the autumn and has now found a way to do that; a friend of his from Malmesbury has joined him in a flat-share. We haven’t seen the place yet but he already seems very settled and happy and has found some regular local web design work to go alongside his freelance work.

On the home front, I’m still relatively busy and involved with worship at the Abbey, but the Cirencester Filling Station has now come to an end. I’m at present working on upgrading my studio set-up, so that has me busy searching various websites finding out what version software works with what else! Dave Strange has promised to give me a hand when the time comes, so hopefully he will rescue me from any potentially disastrous decisions!

P.S. A small request. If any of you happen to have a copy of the original Rwanda childrens CD buried in your CD collection somewhere, could you please let me know and perhaps let me borrow it? It is called ‘Rabagirana Rwanda’ and has a picture of a small child holding a balloon coloured according to Rwanda national flag colours. I would like to preserve the tracks but unfortunately I don’t have a copy of the CD myself and the masters don’t exist in a form that can be accessed with todays technology very easily. Thank you!